Inspiring Line up for Ignite Liverpool 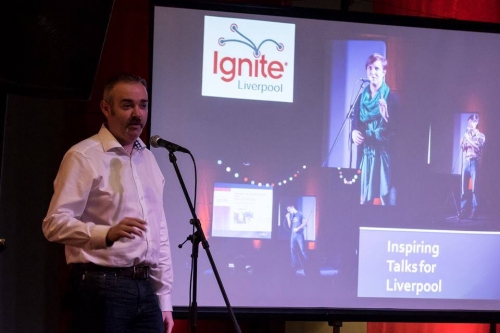 Everybody knows somebody that has been along to a Liverpool Ignite session and if you don;t then it is time to get more interesting friends, as showcases Liverpool’s movers and shakers, creators, thinkers, tinkers, innovators and doers, makers and dreamers in a fast paced format designed to inspire.

This time around with a slight difference as it all takes place on Star Wars day, yes the 4th May, or to say it correctly May the forth. There is an eclectic line up of speakers as you would expect with one or two specific Star Wars related talks to raise the flag.

If you are interested in the digital sector and a fair few of the audience members are, then the highlights for you are  then you'll love the IX Liverpool talk, Brett Lempereur's talk on the IPBill and how to fight Global Poverty through the use of Technology and as if there isn't enough of it in the news there is even a talk about the EU referendum. 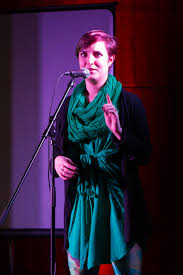 Here is a full line up of speakers.

Speaker: George Lock Talk Title It's Gonna Blow!
Nothing annoys me more than when I'm watching a movie, especially Sci-Fi and they whip out the "science". It's often over-exaggerated and wrong and it just makes the whole move 'blow' for me. So my talk will be giving a run through of the common mistakes I see in movies and hopefully ruin a few good movies for those in the audience.

Speaker: Jamie Roberts Talk Title: I'm Awesome, Here's Why...
Without giving too much away, a little of my backstory that people won't know plus some motivational stuff, potentially some audience interaction from the emails/responses. @jamieisboss

Speaker: Michael Marshall Talk Title: Bad PR: how to hoax the media
With the media underfunded and under pressure, it's never been easier to get fake stories published in the press. I'll share my favourite examples and how to make sure stories pass the sniff test. With some Star Wars references. @Mrmmarsh

Speaker: Francis Irving Talk Title: Hidden away
Once you know about it and understand it, mental illness feels like a plague that has swept the land. How did I come to realise mental illness is so dominant and so harmful? Why does it naturally hide itself? Wouldn't we all benefit from a proper national mental health service? @frabcus

Speaker: Jackie Le Fevre Talk Title: Vaders Values
Charting the arc of the character from fierce family loyalty rights/respect individual through the loss of hope and faith through to his ultimate return to the light @MagmaEffect

Speaker: Lisa Harrison Talk Title: ETHEREAL NATURE
I have an obsession for the magical side of nature, the quiet moments that can pass us by that are steeped in mystery and wonder. 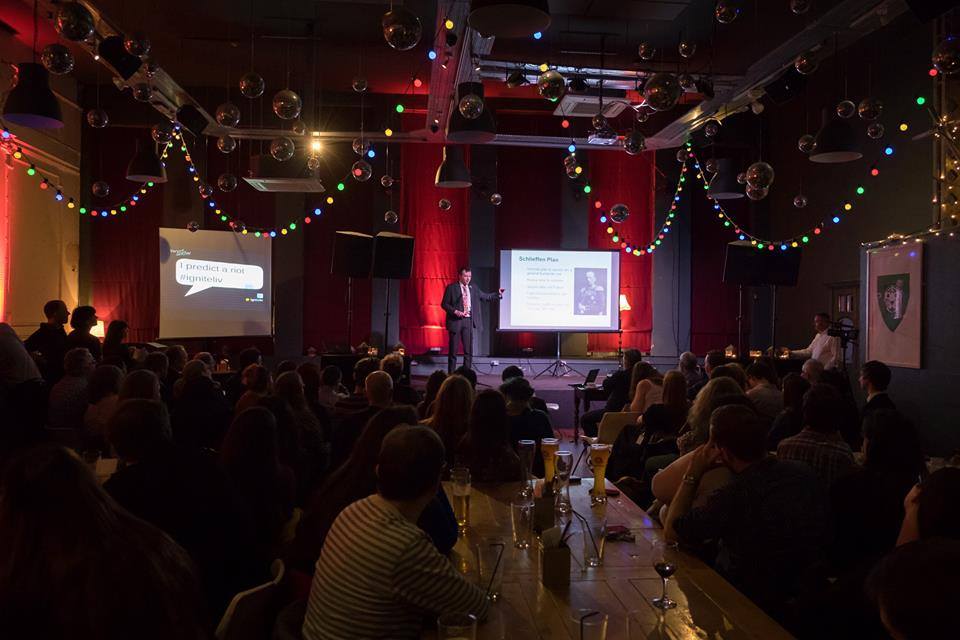 Speaker: Mark Russell Talk Title: Fighting global poverty through technology.
I would like to share an example of how property rights in third world countries disables people through access to capital and restricts their opportunities. I would like to show an insight of how the blockchain technology has the power to change this and also how this technology can change the local poverty we see everyday on our streets. @mrrussell1

Speaker: Eric Masaba Talk Title: The Transport System that Predicts Where You Will Want to Go | Statistical Arbitrage
Imagine calling for an ambulance and a hearse turns up instead! Shocking? Yes I guess. But not entirely strange. That is after all, how actuarial tables work. And it is also how the NSA and CIA choose who to kill in their drone wars. As someone who ""fit a profile"" and had some interesting escapades over the last 12 years, this use of BigData has a uniquely personal interest for me. @masabaer

Speaker: Martin Graff Talk Title: The Psychology of Romance and Romantic Attraction
• Are there gender differences in perceptions of attraction?
• What are we looking for in a potential mate?
• Online dating and can you find someone attractive online?
• Other features make us more or less attractive
This talk examines work on attraction and why attraction is important to us. It will also look at gender differences in attraction, and list the types of features that men and women find attractive.
@MartinGraff007

Speaker: Mike McDaid Talk Title: "Which way to vote on the EU referendum
A totally unbiased look at how the European Union subverts democracy while costing a fortune. @mikemc17

Speaker: Benjamin Mummery Talk Title: wibbly wobbly timey wimey - Time travel in fiction and reality
Time travel is a staple trope in science fiction, but there is great variation in the ""rules"" by which it is shown to operate (often within the same works). I aim to summarise the more common mechanisms on display and compare them to our current understanding of the universe (that bit might get very slightly quantum).

Speaker: Seán Gleeson Talk TItle: Glossophobia
Glossophobia is the fear of public speaking, so it seems relatively apt. I'm hoping to be able to encourage people to overcome their fears so that we have more Ignite speakers in the future. @spacemonkeylufc

Far Far away at the end of the evening we will be having a special Stars Wars Karaoke Ignite being lovingly prepared by @Bolster.

We been told that associated Star Wars dress is optional for the evening.

Do come along as it is a fascinating night and only takes place once a quarter.

From the sonic art archive

Recorded Live at Leaf Cafe on 4th May